Effective communication in one culture can be ineffective in another culture. This can lead to misunderstandings and conflict.

Cross-cultural communication is important for anyone doing business internationally or working with people from another cultural background.

A definition of culture can be found here.

The following 10 terms are helpful when thinking about and discussing cultural differences.

Many words in English have multiple meanings depending on the context. The definitions here are ones that are related to culture. Some of these are complex and difficult concepts. I have simplified them as much as possible while still trying to retain their meaning. Please forgive any oversimplifications and generalizations. We are simply touching the surface of these words to begin our exploration.

Collectivism is a cultural principle that values group interests over individual interests. This includes things like working together on community farming, sharing food, and prioritizing the group.

In collectivist cultures, one strives to put the well-being of the groups one belongs to over one’s individual needs and wants. In this way, a society can work together for the greater good. There are many ways that this value manifests itself. In Korean, collectivism is 집단주의. Korea is a collectivist culture with roots in Confucianism (유교). One excellent manifestation of the benefits of collectivism is in the way Korea has succeeded in containing the spread of COVID-19.

The United States is based on the cultural principle of individualism. Individualism values independence and self-reliance. The lack of containment of COVID-19 is a prime example of how these values can get out of control. Sadly, the U.S. is failing miserably at getting its citizens to cooperate and put the greater good first.

Individual needs take priority over group needs in individualism. This is not the case 100% of the time. It is easily misunderstood.

Focusing on your own needs is different from being selfish (except lately, it is looking very selfish in the U.S.).

People contribute to the well-being of the groups they belong to, but in general, individualism promotes the principle that people need to put themselves first before they can contribute positively to others.

Examples of individualism include valuing every person’s opinion. Disagreements are valued and seen as beneficial to the development of the group. Even in individualist cultures, many people will conceal their opinion if they think it will cause conflict that cannot be resolved.

Another characteristic of individualism is that uniqueness and being different is valued. Of course, this is a general cultural principle. It does not mean that every individual values uniqueness and differences.

In Korean, individualism is 개인주의. Individualism in America has its roots in the founding of the country, when the first settlers arrived looking for freedom and a new and unique form of government. For more on this topic, check out this blog by an Armenian living in America.

Confucianism (유교) is a system of philosophical and ethical teachings founded by Confucius that has greatly influenced Korean society. Confucianism outlines values and norms of behavior in social institutions and basic human relationships. Each person has a role and obligation to fulfill. Confucian values include filial piety, harmonic relationships, and a hierarchical ordering of social life.

Harmony is a state consisting of a lack of conflict. When we have harmony, we have order and a pleasing combination of elements in a whole. Harmony exists in music, art, nature, and relationships.

What creates harmony in one culture might not create harmony in another culture. It can even cause confusion. Some cultures avoid open disagreement in order to maintain harmony. In communication, this can manifest as not saying no directly. This can cause misunderstandings cross-culturally. Many people from cultures that have a direct style of communication will not understand an indirect no.

In some cultures, harmony is created by speaking openly, saying no directly, and sharing your honest opinion even if it is different than the majority opinion. Of course, this may create a period of conflict, but the ideal end result is to have greater harmony for all. In Korean, harmony is 조화.

Hierarchy (계층) is a ranking system according to status or authority. A very basic example of a hierarchical ranking exists in universities: freshman (1st year), sophomore (2nd year), junior (3rd year), and senior (4th year). Hierarchies are also common in companies, with the CEO ranking at the top.

The honorific is a title or word form expressing high status, politeness, or respect. It is used to differentiate between formal and informal speech based on relationships. Examples of the honorific in Korean include 오라버니, 가시다, and 저는 먹었습니다. In Korean, honorific is 존댓말 or 높임말. While English does not have the honorific in the way that Korean does, Mr., Mrs., Ms., Dr., Master, and Lord are some examples.

We can find polite speech in English even though it isn’t quite the same as the Korean honorific. English has different levels of politeness. For example, if you are speaking to your grandmother, you wouldn’t say, What’s up? You’d say, How are you? Also, when making requests, it would be extremely polite (overly so) to say, Would you mind if I went to the restroom? May I go to the restroom? is less formal, but still polite. Can I go to the restroom. is the least formal of these three examples.

When I was looking for the Korean word for honorific, I found this page, which is helpful for those learning Korean. Well, for very basic Korean, as it’s even easy for me ?.

By gaining an understanding of these two different styles of communication, we can have more effective cross-cultural communication.

In terms of high or low context, there is a spectrum, with some countries being very high-context, some being very-low context, and some falling somewhere in between. Things aren’t always black and white. For more information, check out Southeastern University’s page on Intercultural Communication.

The things we communicate implicitly may or may not be intentional and can be misunderstood. For example, if someone’s face is blank with no expression, we might imply that they are bored or upset. This may or may not be true.

Implicit communication is a part of Korean culture that many “foreigners” struggle to understand and often have difficulty with if they come from a low-context culture where communication is much more explicit.

For example, if someone bumps into you by accident in Seoul, they may not use words to say, Sorry. because there is an implicit understanding in the context that the person is sorry.

Neither way is better than the other. They are simply different. It is important to understand these differences and try to adapt to the circumstances that you are in.

All languages have both implicit and explicit communication. However, there are differences, especially culturally.

These concepts work together and create differences in language – in what we say and how we say it. Examples can be found in my post on English and Korean language differences.

Crossing the Cultural Divide One of my passions is cross-cultural communication. As a language teacher living in a culture that is very […]

Language and Cultural Connections Language and culture are closely related. This post explains a number of ways that culture influences language and […] 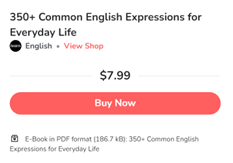